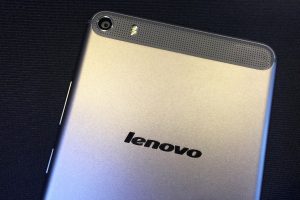 PC maker Lenovo (OTCMKTS:LNVGY) is blaming “internal and external challenges” for its disappointing fourth quarter results. Lenovo continues to dominate the PC industry, but shipments have been slowing for more than a year. The company has implemented a cost cutting plan to help turn around its business. As part of those cost cutting efforts, the company announced the layoff of 3,200 staff back in August. The company is also planning to phase out the Motorola brand, purchased from Google for $2.91 billion in late 2014.

The company’s most recent financial results reveal weak PC and smartphone sales for the fourth quarter. Quarterly sales for Lenovo’s PC group, which includes PCs and Windows tablets, reached $6.2 billion, 20 percent lower than the same quarter a year ago. The company reported that it shipped 12.1 million PCs in the quarter.

Lenovo’s enterprise business group saw its quarterly revenue fall 8 percent to $1 billion. However, the group reported a full-year sales increase of 73 percent, with sales reaching $4.6 billion on hyperscale computing wins in China. China accounted for 26 percent of Lenovo’s worldwide revenue in the fourth fiscal quarter, or $2.3bn in revenue.

Reporting its fourth quarter results, Lenovo said that revenue was $9.1 billion, down 19 percent year-over-year. It posted a net profit of $180 million, which was up 80 percent year-on-year. The company reported that its annual revenue was down 3 percent, falling to $44.9 billion, and a full-year net loss of $128 million. The company said that changes made to streamline its business helped it save $690 million on costs during the second half of the year.

The combined Lenovo-Motorola group has fallen out of the top five global smartphone vendors. That list now includes Apple, Samsung, Huawei, Oppo, and Vivo. However, the company’s fortunes may change with the release of the new Moto Z, widely anticipated to be launched during Lenovo’s tech conference on June 9. The Z, whose marketing is focused on India and Brazil, is expected to be accompanied by a series of MotoMod accessory cases that can add special accessories to the basic device, like a pico projector, a zoom camera, and stronger speakers.