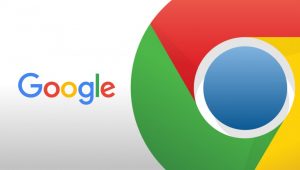 Virtual reality is not a new idea.  The idea has been around for decades, though admittedly touted as a science fiction concept  that would only become commonplace in the very distant future.

Well, it seems that this future may not be quite as distant as had been long believed.  As you probably know, Google has been working on virtual reality technology, and has even gone so far as to release an open source virtual reality application program interface (API) called WebVR to encourage freelance programmers to experiment and develop.

This is an important step to making the web completely VR-accessible because, of course, before web exploration in virtual reality will require that the entirety of the web is compatible with the latest virtual reality headset.  The most well-known of these headsets, today, is probably Facebook’s Oculus Rift, but HTC has also made the Vive and Google, of course, can show you how to turn your phone into a VR device with Google Cardboard.

More importantly, though, it might be that Google is attempting to jumpstart the VR-web conversion process by encouraging developers to work within the Google Chrome web browser. The hope is that developer versions of the new feature will soon be available on both mobile and desktop versions of the popular—and very secure—browser.

As you might imagine, this is causing quite a stir among developers, although it is still not certain how business owners and web developers as a whole are going to react. After all, converting an entire online presence to be compatible with a new technology may not be very easy.  Sure, VR could be great for online gaming and entertainment but it might also benefit shopping sites or websites which might offer 360 degree views—like a home rental or vacation site, perhaps.

Obviously it is going to take much more time before this technology becomes widely available, but if the growth of this trend is any indication we can expect, at least, that all the parties involved are doing their best to move forward quickly.

Iqvia Lifted to Hold at ValuEngine