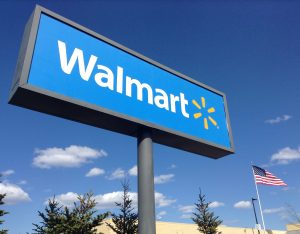 Wal-Mart Stores Inc. (NYSE:WMT) has entered into a definitive agreement to buy web retailer Jet.com Inc. in a bid to take on rival Amazon in the e-commerce industry. The deal, valued at $3.3 billion, is the largest-ever purchase of a U.S. e-commerce startup. The deal has reportedly been approved by the Boards of Directors for both companies. The transaction is expected to close later this year.

It is hoped that the deal will help to jump-start growth in Wal-Mart’s e-commerce division. While Wal-Mart is one of the biggest online retailers in the U.S., its online growth has slowed in the past few quarters. Last year, it’s e-commerce sales were about $14 billion, accounting for 3 percent of its $482 billion in annual revenue.

The acquisition will position the company for even faster e-commerce growth in the future. Doug McMillon, president and CEO of Wal-Mart Stores, said in a statement, “We’re looking for ways to lower prices, broaden our assortment and offer the simplest, easiest shopping experience because that’s what our customers want. We believe the acquisition of Jet accelerates our progress across these priorities.”

The transaction includes about $3 billion in cash and $300 million of Wal-Mart shares. Jet founder Marc Lore will take on a senior leadership position on the e-commerce side on the company. Neil Ashe, Wal-Mart’s top online executive, is expected to depart. The acquisition provides Wal-Mart with access to Jet’s pricing software, a popular new brand, and a network of third-party sellers. Jet’s software is expected to be integrated into Walmart.com after the conclusion of the deal.

Wal-Mart has typically built operations from within over its history. The company first launched Walmart.com more than 15 years ago. Over the years, the company has spent billions building up its online operations. Wal-Mart has opened seven large distribution centers across the U.S. and hired hundreds of e-commerce staffers. Wal-Mart also started an annual subscription service similar to Amazon Prime, but costing half the price.

Even after all those efforts, Wal-Mart still trails Amazon in online sales. Amazon has dominated e-commerce during its more than 20 years in business. However, Joseph Feldman, an analyst at Telsey Advisory Group, said, “Amazon should be concerned about what Wal-Mart is doing.”

Jet is one of the fastest growing e-commerce companies in the U.S. In its first year, Jet sold $1 billion worth of merchandise through its website. Wal-Mart reports that Jet has been adding 400,000 shoppers monthly. Jet’s website processes an average of 25,000 orders a day. Both Jet.com and Walmart.com will continue to operate as separate websites after the acquisition has been completed.