Tiger Woods Tees Up For Competitive Golf In Bahamas 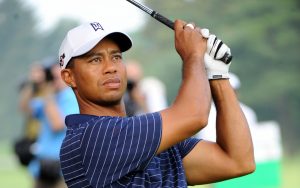 Woods played nine holes at Albany shortly after he arrived on Saturday. On Sunday, he was on the range with his caddie, Joey LaCava, lobbing Bridgestone golf balls into the horizon. At a news conference on Tuesday, he showed that his confidence is as strong as ever. His expectations for the tournament are high. He said, “I’m entered in an event, I’m going to try and win this thing.”

The 14-time major championship winner and winner of 79 PGA Tour titles will be playing as part of an 18-player field. His competition includes many of the world’s best players, including Dustin Johnson, Jordan Spieth and Henrik Stenson. If Woods has a respectable performance, it would show that he would be a legitimate contender in major tournaments next year. He will play his first round alongside Patrick Reed on Thursday.

Woods has not played a competitive round of golf for 15 months. He was slated to return to golf in October at the Safeway Classic and Turkish Airlines Open, but decided to pull out three days before the competition was to begin. In his last competitive match, he finished in a tie for 10th in the Wyndham Championship in August 2015. Woods hasn’t won a tournament since 2013. His world ranking has dropped to No. 879.

Woods said that returning to competitive golf has been a challenge, saying its “been a lot of hard work and an inordinate amount of patience, which as you all know is not exactly one of my hallmarks.” He admitted to being nervous about his performance, saying, “I’m nervous for every tournament I play in, whether it’s after a layoff, or six in a row, or a major. I care. If I care, I’m nervous.” Woods also expressed a desire to continue playing for many years to come, saying “I want to play golf for a lifetime, but I know I can’t compete for a lifetime.