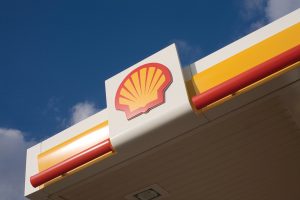 Royal Dutch Shell Plc (NYSE:RDS.A) has announced that it will be selling of some of its fields in the North Sea to Chrysaor Holdings Ltd. for about $4 billion. Shell has also inked a deal to sell its stake in an offshore Thai gas field to a unit of Kuwait Petroleum Corp. for $900 million. Shell Chief Financial Officer Simon Henry said, “This deal shows the clear momentum behind Shell’s global, value-driven $30 billion divestment program.”

The company is selling roughly half the company’s North Sea oil and gas assets for as much as $3.8 billion. The package of assets consists of Shell’s interests in the Greater Armada cluster, Beryl, Bressay, Buzzard, Elgin-Franklin, J-Block, Erskine, Everest, and Lomond, plus a 10 percent stake in Schiehallion. The fields represent total production of about 115,000 barrels of oil.

According to the terms of the deal, Chrysaor will make an initial payment of $3 billion and pay up to $600 million between 2018 and 2021 based on commodity prices. The deal also calls for potential further payments of up to $180 million for future discoveries. Shell will retain a fixed liability of $1 billion for any costs of decommissioning associated North Sea assets.

Upon completion of the deal, Chrysaor will become one of the largest producers of oil and gas in the UK. The deal is expected to close in the second half of 2017. Partner and regulatory approvals are still needed. Bank of America Corp. advised Shell on the deal, while BMO Capital Markets was financial adviser to Chrysaor.

Shell Chief Executive Officer Ben van Beurden has made debt reduction a top priority for the company. Shell’s acquisition of the UK’s BG Group for $54 billion in early 2016 swelled the company’s debt. The company desperately needs to hit disposal targets to stave off credit rating reviews and maintain dividend payouts. Shell had almost $78 billion of net debt at the end of September.

Shell has been making great strides on its disposal targets by accelerating its drive to shed assets. Earlier this month, the company sold its 50 percent stake in a petrochemical joint venture in Saudi Arabia for $820 million to Saudi Basic Industries Corp. Shell is also reportedly considering selling its stake in a Malaysian liquefied natural gas export plant for $1 billion or more.

Anyswap Price Down 0.1% Over Last Week

Pax Dollar Price Down 0.7% This Week