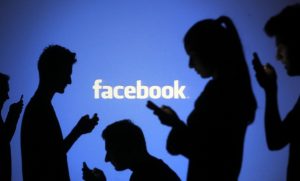 Facebook Inc. (NASDAQ:FB) reported strong results for the fourth quarter of fiscal year 2016. Revenue was up 51 percent year over year as the company reported earning $8.81 billion in revenue in the quarter, reaching earnings per share of $1.41. Profit reached $3.57 billion, compared to $2.38 billion last quarter. Analyst estimates were for $8.51 billion in revenue and earnings per share of $1.31.

The company added 70 million users this quarter, increasing its number of monthly users from 1.79 billion to 1.86 billion. The increase was 3.91 percent, lower than the 4.67 percent growth reported last quarter. Most of the growth in users came from outside the U.S., such as in the Asia-Pacific region. Facebook added just 2 million daily and monthly users this quarter in the U.S. and Canada.

The percentage of monthly users that come back every day stayed constant at 66 percent. Daily active users hit 1.23 billion for the fourth quarter, an increase of 18 percent year over year. The company reported 1.18 billion daily active users last quarter.

Facebook was at the center of political discourse during the fourth quarter, but it had a limited effect on Facebook’s business during the quarter. Towards the end of the year, the company was hit with allegations that fake news spreading through its network helped Donald Trump get elected. Despite the controversy, users kept happily sharing and Liking posts on the site.

Users spent more time watching videos on Facebook and its photo-sharing app Instagram during the fourth quarter. CEO Mark Zuckerberg said during the earnings call that the company is working on building a sustainable ad revenue sharing business model to pay professional creators to bring video content to Facebook. About 400 million people use Facebook Messenger audio and video calling each month.

Facebook is now 13 years old and has shown remarkable stamina over the years. Facebook has a strong core business to rely on and could continue to dominate social media into the next decade. With its expansion in developing countries, Facebook has strong earning potential for the forseeable future.