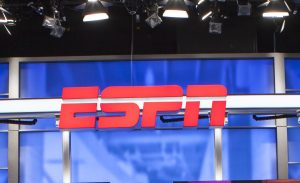 Reports have emerged of another significant round of layoffs at Disney’s (NYSE:DIS) ESPN in the coming months. According to the reports, on-screen and radio talent are on the chopping block this time. The layoffs are expected to be completed by the end of June.

The details of the layoffs are reportedly still being finalized. No announcement has yet been made about which personalities will be affected. While the company intends to buy some of the employees out of their contracts, those who have contracts up for renewal are most at risk. Sources within ESPN stressed that behind-the-scenes people will likely not be impacted by the cuts.

ESPN fortunes have waned due to increasing rights fees and fewer subscriptions due to cord-cutting. ESPN is now paying over $3.3 billion annually just to broadcast the NFL and NBA. ESPN’s subscriber count has fallen by 12 million over five years, amounting to a loss of nearly a billion dollars annually.

The sports network has been a strain on Disney’s stock value for the last year or so, after two straight decades of buoying it. Last month, Disney reported a lower-than-expected revenue during its fourth quarter, in part due to a drop in ad revenue from ESPN. Multiple sources said ESPN has been tasked with paring tens of millions of staff salary from its payroll. In 2015, ESPN was reportedly told by its parent company to “trim $100 million from the 2016 budget and $250 million in 2017.”

ESPN knows that the status quo is unsustainable. Salaries are one of the biggest areas available to cut expenses, even if it is uncomfortable and unpopular. The company has long believed that the ESPN brand was more important to creating stars than the stars themselves. An ESPN spokesperson commented, “We are confident that ESPN will continue to have a roster of talent that is unequaled in sports.”