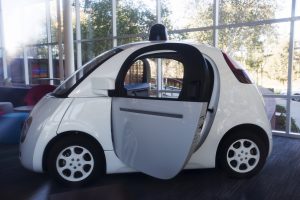 A new study published in Science has sparked a debate on the morality of self driving cars, specifically who should be sacrificed in the event of an unavoidable crash. Automakers must come up with rules for self driving cars to guide them when a crash is inevitable and lives are at stake. However, there appears to be a disconnect between the way people believe these decisions should be made and what they are willing to accept in a car that they purchase.

According to the results of the study, most people take a utilitarian approach and want self-driving cars to be programmed to minimize casualties during a crash. As many as 76 percent of respondents said that they would want a vehicle to be programmed to sacrifice one passenger if it meant saving the lives of 10 pedestrians.

However, the results also show that people don’t actually want to purchase cars that are programmed this way. The favorable rating dropped by an third when respondents had to consider the possibility that they’d be the ones riding in a car programmed to crash and kill its own passenger to save 10 pedestrians.

The study also showed that people don’t like the idea of having the government regulate the auto industry to enforce utilitarian principles. Roughly 59 percent of respondents said they would be more likely to buy an autonomous vehicle if there was no government regulation of its moral decisions. The number dropped to 21 percent if the government were the ones to make such regulations.

The results of the study are not surprising to many who study human psychology. The way society molds us makes it difficult to reconcile our moral values with the understandable human desire to not die. People generally agree that the needs of the many outweigh the needs of the few. However, that view tends to change when we find out that we would be the ones in the “few” category.

Patrick Lin, the director of the Ethics + Emerging Sciences Group at California Polytechnic State University, commented in an interview, “It shouldn’t be surprising that ordinary people haven’t thought deeply enough about ethics to be consistent.” He went on to say, “What we intellectually believe is true and what we in fact do may be two very different things. Humans are often selfish even as they profess altruism.”

Self driving cars are widely expected to become a prominent part of transportation systems in the future. Self driving cars could reduce traffic problems, save vast amounts of energy, and make our roads safer for drivers, passengers, and pedestrians. However, the study’s authors have expressed concerns that mandating the cars contain utilitarian algorithms regarding safety could lessen their appeal and public acceptance. This could prevent widespread adoption of the vehicles, even though it would be the right thing to do for society.