Boeing Contract With Iran Worth Half Of Stated Amount 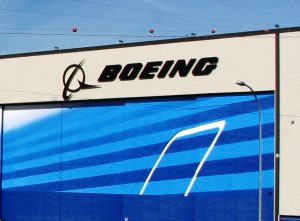 Iran has announced that it has negotiated a great discount on its contract with Boeing Co. (NYSE: BA), agreeing to pay roughly half the listed amount for the aircraft ordered. Iran Air has a contract with Boeing to purchase 80 new airliners over 10 years. Those aircraft included 50 737 MAX 8, 15 777-300ER, and 15 777-9 aircraft. Boeing is expected to deliver the first batch of these aircrafts in early 2018.

Deputy transport minister Asghar Fakhrieh-Kashan said to Islamic Republic News Agency (IRNA), “Boeing has announced that its Iran Air contract is worth $16.6 billion. However, considering the nature of our order and its choice possibilities, the purchase contract for 80 Boeing aircraft is worth about 50 percent of that amount.”

The total value of the contract was reported at the full list price of the planes in the order.The Iranian government was facing some criticism from its opponents on the massive costs because the headline numbers on the order was so large. To deflect some of that criticism, the company announced the approximate value of the contract.

The deal was first revealed in June. In September, Boeing received a license from the Treasury Department to sell up to 109 new airplanes to Iran. The deal was finalized earlier this month. Boeing wanted to close the transaction before the year-end so it could be included in its order book.

The Boeing deal is the largest single contract between an U.S. company and Iran since the 1979 revolution and takeover of the U.S. Embassy. It is also the first deal between Iran and an American aircraft maker in almost forty years. The deal follows the removal of decades of international sanctions against Iran over its nuclear program.

IranAir operates some of the world’s oldest airliners. The new planes will help Iran modernize and expand its aging commercial aircraft fleet. Ali Abedzadeh, the chief of the Civil Aviation Organization of Islamic Republic of Iran, said, “We have 250 planes in the country, 230 need to be replaced.”

Airbus has also signed a deal to provide new airlines to Iran Air. According to a deal signed last week, the European manufacturer has agreed to provide the carrier with 46 A320 Family, 38 A330 Family and 16 A350 XWB aircrafts. Airbus says that the delivery of its aircraft would begin in early 2017. Airbus has not disclosed the deal value, but list prices value the deal at around $18 billion to $20 billion. However, Iran Air’s CEO said the value of the Airbus contract would not exceed $10 billion.

Iran Air has also placed an order for 20 airlines with European manufacturer ATR. The final round of talks with ATR representatives will be held next week.