Barclays Issues Reprimand To CEO Over Actions Against Whistleblower 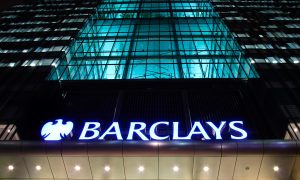 Barclays (NYSE:BCS) Chief Executive Jes Staley has been reprimanded by the firm’s board for attempting to uncover a whistleblower’s identity. Barclays grants whistleblowers anonymity to prevent any retribution for their actions. The board said it will issue a formal written reprimand to Staley. The board also said that it would make a “very significant” adjustment to his variable compensation award.

The incident started when a letter was received by Barclays’ board that revealed “concerns of a personal nature” about an unnamed senior employee. The whistleblower letter also criticized Staley’s “knowledge of and role in dealing with those issues at a previous employer.”

According to the Financial Times, the individual who Staley had been trying to protect was Tim Main, a New York-based banker who previously spent 20 years at JPMorgan. Main joined Barclays in June 2016 to be chairman of the investment bank’s financial institutions group. It’s unclear whether the board ever did anything about the allegations in the letter.

The issue of Staley’s attempt to identify the author of the letter was raised by an employee in early 2017. The board notified regulators and instructed law firm Simmons & Simmons to carry out an investigation. The investigation found that Staley had requested the bank’s internal security team contact U.S. enforcement officers to help identify the whistleblower. That assistance was received but did not uncover the identity of the person.

The board said it accepted Staley’s explanation of trying to protect a colleague from what he believed to be an unfair attack. Staley said in a statement, “I have apologized to the Barclays board, and accepted its conclusion that my personal actions in this matter were errors on my part.” The board continues to look into the position of other employees involved in the incident.

Staley is a career investment banker who spent 34 years at JPMorgan. He has been in the role of Chief Executive at Barclays for a little over 15 months. The board said it will back his reappointment at the annual shareholder meeting on May 10.

The bank disclosed in a statement that British authorities are looking into Barclays’ systems, controls, and culture relating to whistleblowing. The Financial Conduct Authority and the Prudential Regulation Authority has launched an investigation that could take months to conclude. The bank is also still dealing with investigations into employees’ manipulation of the Libor benchmark interest rates.