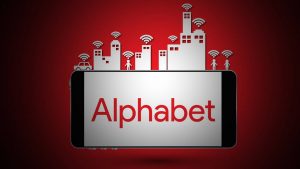 Alphabet Inc.’s Google (NASDAQ:GOOG) is being accused of “systemic compensation disparities against women” by the Department of Labor. The Labor Department’s Regional Solicitor Janet Herold confirmed the agency has “received compelling evidence of very significant discrimination against women in the most common positions at Google headquarters.” Google has denied the allegations.

DoL Regional Director Janette Wipper explained the findings during a court hearing for the case on Friday. The investigation determined that the tech company pays its female employees less than their male counterparts “pretty much across the entire workforce.” The agency is still investigating the matter.

Google says that it has found no evidence of a pay gap. The company said in an emailed statement, “Every year, we do a comprehensive and robust analysis of pay across genders and we have found no gender pay gap.” Google claimed that it had closed the wage gap between genders globally in a Tweet posted earlier this week. The company claims that the agency hasn’t provided the company with any data to support the allegations or with information about its methodology.

The Labor Department sued Google in January over the withholding of information relevant to an ongoing compliance audit. The company was supposed to turn over some requested data on employee compensation during a September 2015 audit. Google says the information was withheld for privacy reasons and that the request by the Office of Federal Contract Compliance Programs (OFCCP) was “overly broad.”

Any contractor that does more than $10,000 in business with the government for a year is subject to equal employment opportunity regulations. Federal laws specifically prohibit contractors from “discriminating in employment decisions on the basis of race, color, religion, sex, sexual orientation, gender identity or national origin.” Neither side disagrees that the tech company is subject to these regulations. The agency also noted that the amount of business that Google does with the federal government is irrelevant when it comes with compliance with the federal order.

Google claims that the company faces an “undue burden” by producing this data. The agency countered that Google isn’t burdened by its request, nor will its compliance interrupt its business. The OFCCP says that it had offered to bear the cost of compiling the information. The agency asked for a summary judgement on the matter in February, but that was denied by a judge.