21st Century Fox Under Federal Scrutiny Over Payments To Ex-Employees 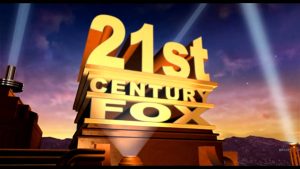 Federal prosecutors want to know if 21st Century Fox (NASDAQ:FOX) improperly accounted for payments to ex-employees to minimize their impact on Fox’s books. Investigators in the U.S. Attorney’s Office for the Southern District of New York are attempting to determine whether the company tried to disguise the payments, according to people involved with the investigation.

Prosecutors are looking into a $3.15 million payment made to a former 21st Century Fox employee who said she had a 20-year affair with former Fox News Channel chairman, Roger Ailes. Laurie Luhn, a former Fox booker and event planner, left the company in 2011 with a seven-figure severance package. Luhn worked primarily at Fox’s headquarters in New York, but one of her settlement checks was signed by a corporate executive based in Los Angeles who had no direct involvement with Fox News.

The executive’s signature has raised questions about where the funds for her severance came from. Investigators are looking into whether some of the cost of her settlement was attributed to another Fox-owned entity to minimize the impact on Fox News’ financial statements. Prosecutors have reportedly taken testimony from several witnesses about the severance package and how it was recorded on Fox’s books.

In addition to Luhn, investigators have also spoken with former chief financial officer Mark Kranz, former Fox media relations chief Brian Lewis and former host Juliet Huddy. In 2013, Fox reportedly paid $8 million to settle Lewis’s contract. In January, Huddy received a $1.6 million settlement from Fox after alleging that former Fox host Bill O’Reilly had harassed her. People close to the investigation have indicated that Kranz has been offered immunity in return for his testimony.

Fox News also settled at least one claim involving a former high-ranking manager by making the payments over several years instead of a lump sum. This would allow Fox to account for the payment as if it was employee compensation instead of accounting for it as a one-time financial hit.

Prosecutors need to determine whether the payments constituted “material” events requiring public disclosure to investors under federal securities law. A series of such payments could raise concerns among investors about the stability of the company. There have been no indications as to when the investigation would be concluding or whether criminal charges would result.