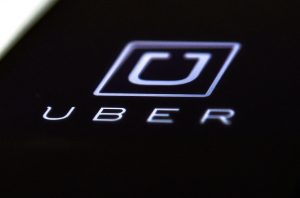 Uber has threatened to fire Anthony Levandowski, its current VP of engineering, if he doesn’t comply with a court order and hand over certain documents he is alleged to have taken from Waymo, Google’s self-driving car spinoff. Levandowski is not a defendant in the case. When Levandowski was deposed in the case, he answered almost no questions and pled the Fifth Amendment.

A lawsuit was filed by Waymo in February alleging that Levandowski illegally downloaded more than 14,000 files belonging to Google when he was working on their self-driving car project. Levandowski quit Google without notice in January, then founded a self-driving car startup called Otto. Otto was sold to Uber for $680 million a few months later.

US District Judge William Alsup issued an order last week requiring Uber to do a thorough investigation, listing every person “who has seen or heard any part of the downloaded materials.” The order also calls on Uber to “interview everyone who has communicated with Levandowski about lidar, and produce a log of “all oral and written communications” in which Levandowski mentions the technology. The order also barred Levandowski from any work on lidar technology for the foreseeable future.

On May 16, Uber sent Levandowski a letter demanding that he provide any relevant information and waive any Fifth Amendment protection. The letter also says that his lawyers must cooperate as well, regardless of attorney-client privilege. A supplied copy of the letter states, “While we have respected your personal liberties, it is our view that the Court’s Order requires us to make these demands of you.”

Levandowski’s lawyers are fighting against the order and asked the judge to reconsider parts of it in a motion filed yesterday. The lawyers wants a review of the order to “prevent the Court from unconstitutionally forcing him to choose between his privileges and continued employment,” citing the Supreme Court precedent of Garrity v. New Jersey, a 1967 case where it was found that police officers were improperly compelled to testify by being threatened with removal from their jobs. Alsup said in his order that Uber is a private employer that is being compelled “to do whatever it can to ensure that its employees return 14,000-plus pilfered files to their rightful owner.”