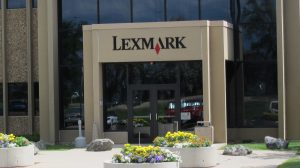 The Supreme Court has handed a victory to consumer groups with its ruling that patent rights do not extend to multiple sales of a single product. The case at hand is called Impression Products v. Lexmark. The case focused on Lexmark’s (NYSE:LXK) business techniques.

There is a program implemented by Lexmark that gives consumers a 20 percent discount on toner cartridges if they agree to use the cartridge just once and return the spent cartridge back to the company. Lexmark used what’s commonly called a shrink-wrap license, where the terms appear on the cartridge box and the customer accepts these terms by opening the box. Assuming these contracts are lawful, Lexmark could sue those customers if they resell the cartridges to another company and violate the contract.

However, Lexmark chose to sue several remanufacturers for patent infringement instead of suing those consumers for breach of contract. Lexmark argued that by refurbishing and reselling its cartridges without permission, the companies were violating the patent that Lexmark held on the cartridges. In the most basic sense, Lexmark was charging that its patent rights extended beyond the initial sale of the cartridge to cover even future resales.

Most of the companies ended up settling, except for Charleston-based Impression Products. Impression makes money by buying old toner cartridges, refilling them with more toner and then selling them at a lower price than buying a new one at the store. Impression argued that it had the principle of “patent exhaustion” on its side in the matter. That principle holds that the patentee makes their money on the first sale of the article, but after that, the buyer is free to do they wish with it.

The Supreme Court overwhelmingly sided with Impression in the patent dispute. The court ruled that a company such as Lexmark can’t try to use patent law to stop other companies, like Impression, from reselling its old cartridges. While the Supreme Court specifically said Lexmark can’t use patent law to go after cartridge resales, it didn’t rule out other methods that would essentially get the same results.

The ruling has enormous implications for the economy. The ruling has sparked a debate over how much Lexmark or any other company can control what you do with the things you buy. Most people agree that if you buy something, you should be free to do whatever you want with it. However, companies have tried to put limits on that freedom, saying that handling a product in a way that potentially undermines the company’s business is a violation of patent or copyright protections. Some experts are predicting that companies will just get more creative in the courts to get what they want.